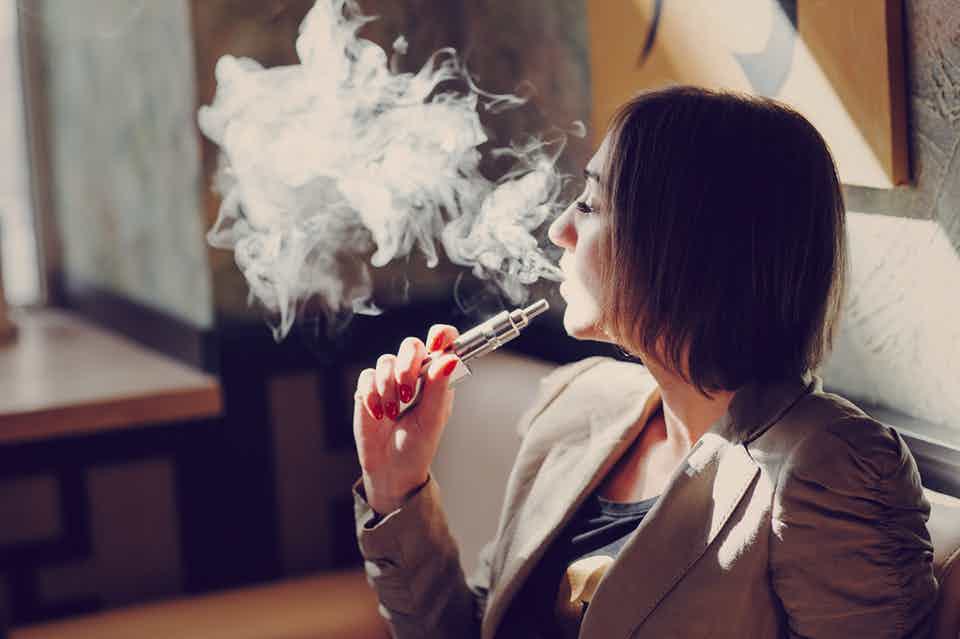 Many smokers successfully quit by switching to e-cigarettes (vaping), but doctors can’t recommend this treatment without good evidence from clinical trials. They now have this evidence. Our latest studyconfirms that e-cigarettes are indeed an effective way to help smokers quit.

In the trial, published in the New England Journal of Medicine, almost 900 smokers seeking to quit were randomly assigned to one of two groups. One group was given nicotine replacement therapy (NRT) – mostly combinations of nicotine patches with a shorter-acting medication, such as nicotine chewing gum, inhaler or mouth spray. The other group was given a refillable e-cigarette, with one or two bottles of e-liquid, and taught how to use the device. They were then encouraged to buy more supplies of their choice, with nicotine strengths and flavours that they liked. Both groups also received weekly face-to-face support over at least the first four weeks of the study.

Vapers maintained their early advantage over the course of the study. At the end of the year, almost twice as many people in the e-cigarettes group had been abstinent throughout the year compared with the NRT group (18% vs 10%).

Early in the study, both groups used their treatments nearly every day. Over time, though, a strong difference emerged. Some 40% of smokers in the e-cigarette group were still vaping at one year while only 4% in the NRT group were still using their nicotine replacement product. Among those not smoking at one year, the proportion using e-cigarettes was 80%, and using NRT was 9%.

Among smokers who didn’t manage to quit, there were some in both study groups who reduced their smoke intake by at least 50%, but there were significantly more of them in the e-cigarette group (13% vs 7%).

Ongoing vaping among the long-term abstainers, however, could be seen as a bad thing if using e-cigarettes for one year leads to vaping over many more years, and if this causes health problems. Although the risks of long-term vaping on health are estimated to be less than 5% of the risks of smoking (no health risks from vaping were found in one gold-standard study looking at over two years of e-cigarette use), this could still present an avoidable risk.

But the fact that many of the heavy smokers in our study who stopped smoking carried on vaping could be seen as a good thing. Dependent smokers who quit with NRT and continue to use these products in the long-term are known to reduce their risk of relapse, so extended use of e-cigarettes might also reduce the risk of relapse. Also, ongoing vaping protected these heavy smokers from the usual side effects of quitting, such as feeling irritable and gaining weight. And an issue that is rarely discussed is that some smokers actually enjoy smoking, and vaping may help them retain this enjoyment.

These ex-smokers are, of course, still continuing to use nicotine through vaping, but this does not have the major negative effects on health that cigarettes have. The health risks of smoking are mainly from combustion chemicals released from burning tobacco. People who use nicotine without combustion, such as users of Swedish snus and short- or long-term users of nicotine-replacement products, do not seem to suffer negative health effects, while smoking causes premature death in about half of middle-aged smokers.

We are continuing to follow the trial participants and will eventually have data on how long the long-term vapers continue to vape for and what effect this has on their health and their relapse rate. In the meantime, doctors can tell smokers that there is good evidence that vaping can help them quit. 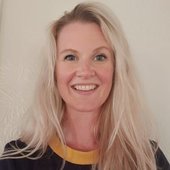 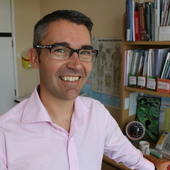 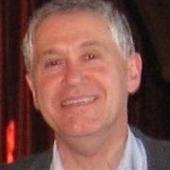 Katie Myers Smith and team received funding for the current study from by the National Institute for Health Research (NIHR).

Hayden Mc Robbie has received honoraria for speaking at smoking cessation meetings and attending advisory board meetings that have been organised by Pfizer and Johnson & Johnson. He has also received research grants from the National Institute for Health Research (UK) and Cancer Research UK.

Queen Mary University of London provides funding as a member of The Conversation UK.